As a little girl, I didn’t dream of walking down the aisle in a white satin dress while Prince Charming waited worshipfully for me at the altar. I didn’t imagine him carrying me off into the sunset on his white steed to a castle where we would live happily ever after. While my Barbie dolls sometimes wore the wedding gown my mother made from her own dress, they preferred the stewardess uniform. My favorite Barbie, a brunette like me, traveled the world with Pilot Ken. They went on dates during layovers in exotic places, but they never discussed marriage. Brunette Barbie had other plans.

When I was a preteen, my plan was to leave Michigan once I turned 18 and relocate to California or maybe New York. Next I would travel to Europe and possibly settle in London. My roadmap grew sketchy after Europe, but I was certain I’d stay single wherever I landed. I didn’t want kids, so there was no point in getting married. I wouldn’t even think about settling down until I was old, like 40 or something, and had seen the world.

At 18, my plan went decidedly south. I wound up living at home with my dad and his wife while I went to the University of Michigan-Dearborn and then moved out and took a job in nearby Birmingham when I graduated. I promised myself I’d only extend the deadline for leaving Detroit by a few years and that I’d be on my way by age 25. Two months before my 26th birthday, I quit my second post-college job, sold my car and moved to Chicago. Six weeks later, I met my future husband.

The prince of Lincoln Park (and later Bucktown) and I lived together for two-and-a-half years before he proposed. I was fine with that, happily focusing on my career and enjoying our big-city lifestyle. Marriage remained the “m” word for me, and the idea of planning a wedding held no appeal. Still, I knew that if I were going to embark on the journey down the aisle and into the unknown, he was the one I wanted beside me.

During a visit to Michigan to celebrate our engagement, my father and his wife tried to sell us on getting married in Livonia. We politely agreed to check out some locations with them, but we never made it past the first generic reception hall or the talk of which of their friends should be on the guest list. The prince wanted a church wedding, but suddenly my crazy idea of eloping to Las Vegas looked good to him. Or at least it looked better than a bunch of my parents’ friends doing the chicken dance under a disco ball.

The prince and I were married in a gazebo at the Island Wedding Chapel of the Tropicana Casino by a minister named “Hap,” which, as he explained, is three-fifths of happy. I had wanted a drive-through wedding performed by an Elvis impersonator, but we compromised. Twenty friends and family members celebrated with us, and a handful of us partied well into the night. I think we rode the rollercoaster at the top of the Stratosphere at 3 o’clock in the morning, but I can’t be sure.

Sometimes what happens in Vegas is only the beginning of the adventure. The prince and I have been to both coasts multiple times in our 16 years of marriage, but we decided the Midwest is where we belong for now. This summer we took the two kids I swore I would never have to Europe for the first time. It seems the plans I made when I was a little girl didn’t change, although the order of them did. 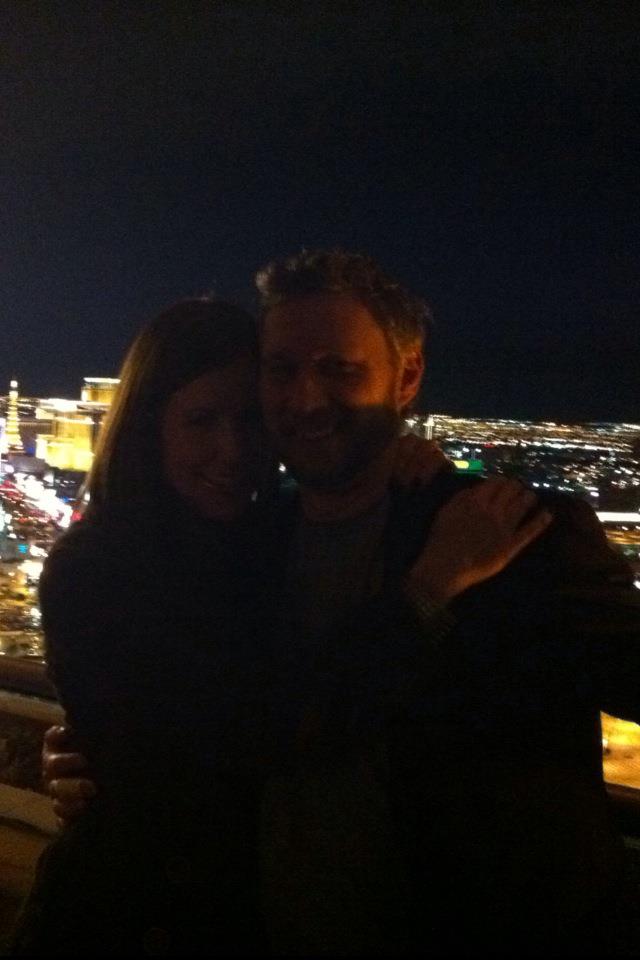 The prince and I celebrating our 15th wedding anniversary in November 2011 where our adventure (or at least the marriage part) began: Viva Las Vegas!