As a little girl, I remember watching my grandmother bake apple pies in my aunt’s kitchen. She added a “pinch” of this or a “dash” of that to the mixing bowl, following her own recipe from memory. Then she sprinkled flour on the counter and kneaded the dough. I can still picture her wrinkled, liver-spotted hands as she worked the dough and then flattened it with a rolling pin. Her apple pies remain the most delicious I have ever tasted, but the best part about watching her bake were the scraps of dough she filled with jam and folded into turnovers. She made them just for me.

Sadly, I did not inherit my grandmother’s baking prowess. It is not something I enjoy. But I do love time spent in the kitchen with my family. Although we both cook, my husband is the master chef in our house. He is that enviable kind of cook who can whip up a gourmet meal from what most people, including me, consider a bare cupboard and nearly empty refrigerator. On the weekends, when we have time to prepare meals at a leisurely pace, our almost 13-year-old daughter always helps. I joke that I am their sous chef because I wind up chopping onions and mincing garlic — the jobs neither of them wants to do. I don’t mind, though, because I know the tasty rewards that await me.

Last night, as my husband and daughter stirred risotto at the stove, I watched them from the other side of the counter. Sometimes they bicker in the kitchen, I think because they both want to be the head chef. But last night, their culinary visions appeared to be in sync. As I chopped their onions, I listened to them reminisce about our trip to Italy, observing their easy banter, their laughter, the way my husband gently placed his hand on her back as he showed her how to stir the risotto. I loved that he was teaching her to cook, but what I truly relished was what he was giving her: his attention. 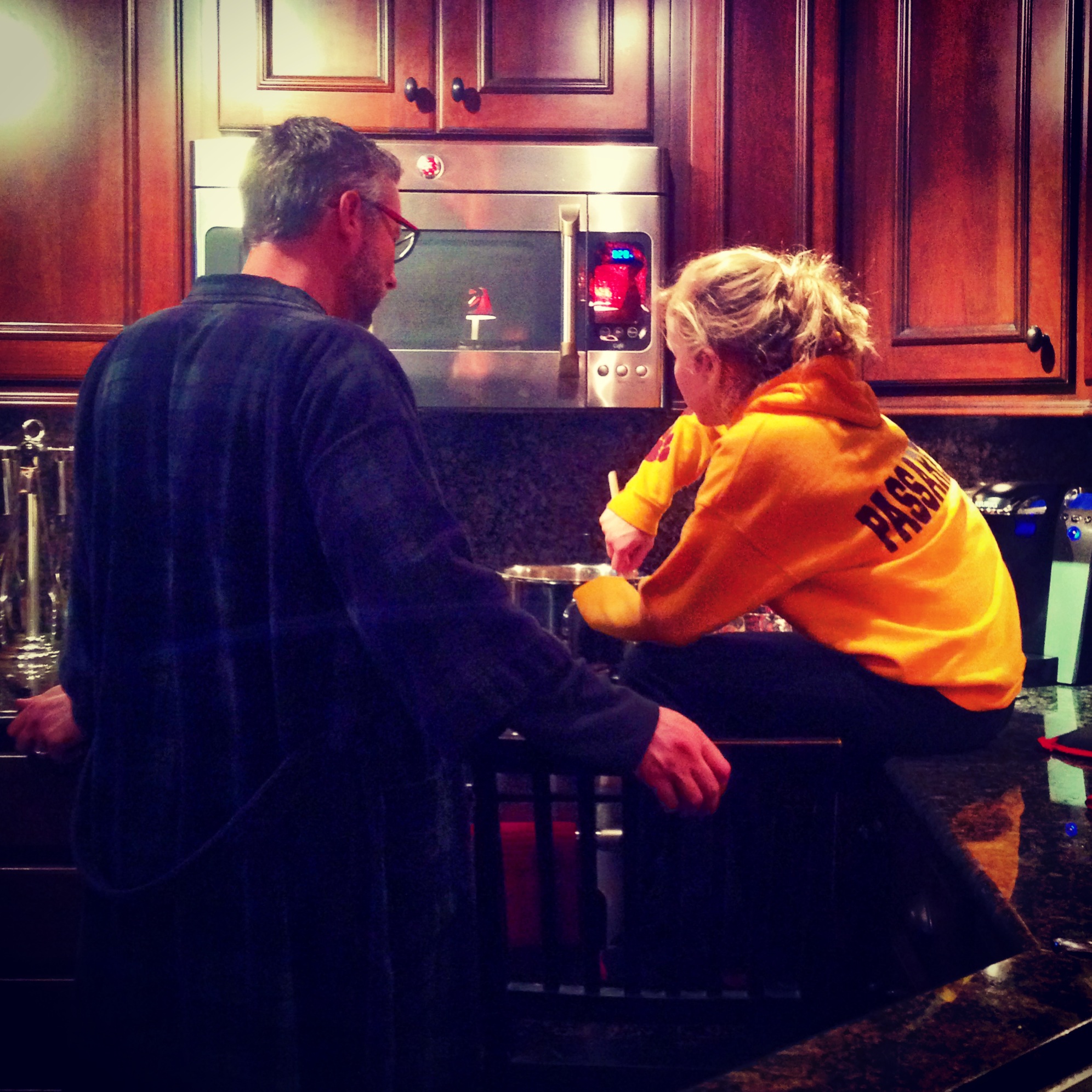 In two months, our daughter will be a teenager. She will be confronted with lots of difficult choices, not immediately, I hope, but soon enough. She will have to decide who to befriend, who to date. At some point, she will be offered alcohol, maybe even drugs. She will drive in cars with people — with boys — we barely know. She will find herself in uncomfortable situations where the right choice is not the easiest to make. The decisions will be hers alone, but they will in part be determined by how she values herself as a person. All those hours she spends in the kitchen with her father show her she is worth his time and attention, and I hope they teach her to expect both. And not just from her parents. From her friends, from the boys she dates, from the man she may one day marry.

My grandmother died years ago, while I was pregnant with my 14-year-old son. But those times I spent with her in my aunt’s kitchen are still precious to me. I was a little girl who had lost her mother and did not live with her father, and I think my nana, who was orphaned at a young age, bonded with me because of that. She always made time to read to me, to sing to me, to bake for me. With every turnover she made for me, she showed me I was special. She showed me I was loved. 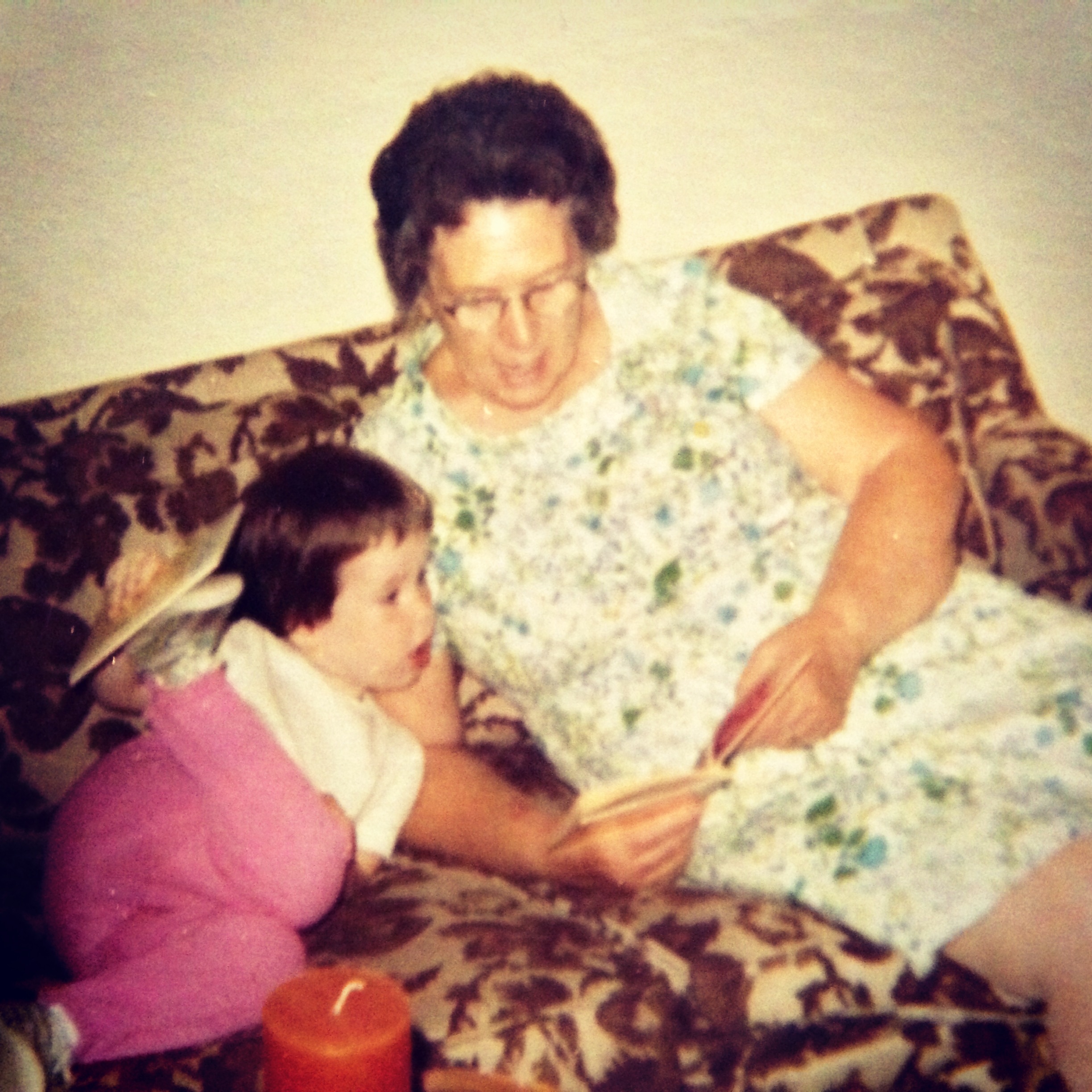 Watching my husband and daughter in our kitchen gives me a sense of personal closure because I never spent that kind of one-on-one time with my father. To see them together, my husband giving her his undivided attention, brings me joy and also peace. We want for our children the things we never had. Some are tangible, but the most important are not.

I am not sure what my nana, who was born in 1899, would think about our modern household, where my husband does much of the cooking and I do none of the baking. I do know that she would be happy to see the love in our house. She may not have been able to pass on her pie-making skills to me, but she is part of the reason I know I matter in this world. I learned that with her in my aunt’s kitchen, the heart of the home.