I opened the envelope in the driveway, shivering as the January wind ripped through my pink flannel pajamas. I scanned the letter quickly, finding everything I hoped to see. My son, a soon-to-be high school freshman, had earned honors placements in all his classes, a clean scholastic sweep. My first thought was to call my father, my own academic drill sergeant. The tears stung my freezing cheeks as I imagined his voice, knowing I could no longer hear it, but relishing the sound of it in my head.

As a parent of two, I am no stranger to the bittersweet thrill of watching my children reach milestones. As a woman who lost her parents at various stages in life, I also know the haunting emptiness of experiencing my own firsts without them. What I did not fully recognize until I opened that letter last week is how much more I ache over my children’s milestones now that all three of my parents are gone.

I brushed away my tears as I headed inside to tell my husband, wanting to escape the cold and my melancholy. I watched his anxious anticipation as he took in the vision of me in his office doorway, still shivering in my pink flannel pajamas, eyes wet and red, clutching a mysterious letter. I stumbled tearfully over the words, and somehow he managed to surmise that, in fact, no one had died and the letter contained positive news.

“I don’t think I can do this,” I told him, sobbing as he read it. “This high school thing — it’s not gonna work for me.”

I can only imagine what he was thinking as he patiently consoled me, but I’m sure it was something along the lines of: “Oh, boy. Here we go again.”

You see, I am not like those other mothers who healthily anticipate change and eagerly prepare themselves and their children for it. I was anxious, borderline neurotic, for weeks before my oldest child’s first days of elementary, intermediate and middle school. Now every time he or anyone else says “Class of 2017,” I catch my breath. In a year and a half, he will be driving, and I will be forced into the passenger seat. I will be able to suggest alternate routes, different turns, safer speeds, but he will control the wheel. How will I let go and allow him to venture into the unknown world of adult disappointments and heartbreak?

These were the bleak thoughts I wrestled with that day, as I waited for my son to get home from school. I wondered what advice my father, a stoic World War II veteran, would give. When he and I tussled verbally during my tumultuous teenage years, he often said, “You know, if there were classes on parenting back in my day, I would have taken them.” I’m sure he chuckled heartily at my expense over all the parenting books I read years later, knowing that none of them would prepare me for the hard-knock lessons of watching my own children grow up and away from me.

When my almost freshman walked up the driveway that afternoon, I thought of how proud my father, who hadn’t finished high school, had been of me when I graduated an honors student. Although I could not tell him about his grandson’s achievement, I felt his pride right there, next to my own.

I met my son at the door and gave him the letter, watching the relief and satisfaction wash over him as he read it. For a moment, I felt only his joy and none of my dread. “You earned this,” I said, hugging him tightly. “I am so proud of you, so happy.” And I was — tears, pink flannel pajamas and all. 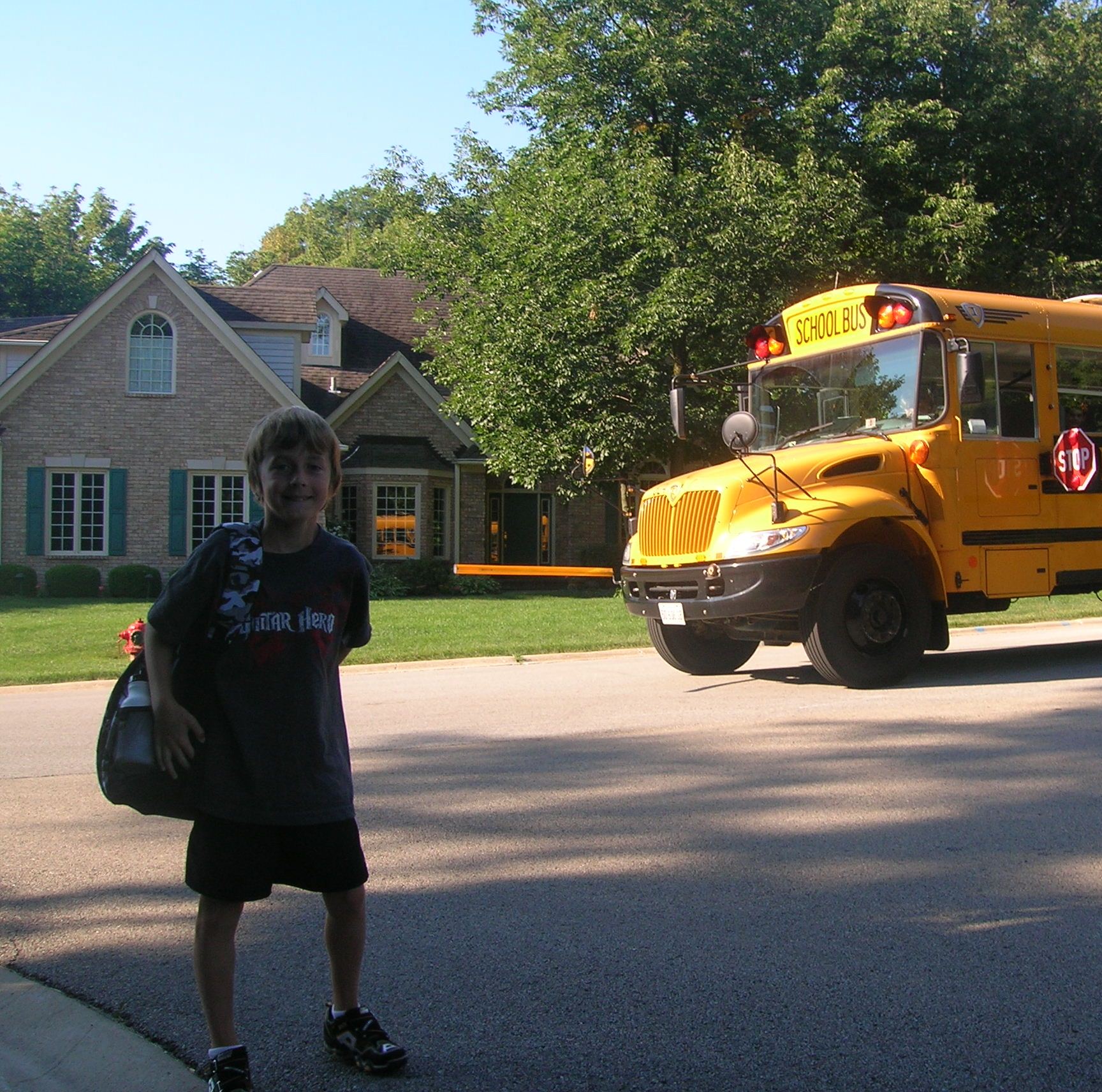 My soon-to-be high school freshman on his first day of fourth grade.