I saw an ABC-TV news report the day after Hurricane Sandy swept across the East Coast indicating that two massive generators were on reserve for the New York City Marathon while millions of New Yorkers remained without power. I stood in my kitchen, stunned, thinking, how in the world does the mayor of New York City think $340 million in revenues is more important than his citizens’ welfare?

According to an editorial in the New York Post: “Those generators could power 400 homes on Staten Island or the Rockaways or any storm-racked neighborhood in the city certain to be suffering the after-affects [sic] of Hurricane Sandy on Sunday morning. Shouldn’t they come first? Shouldn’t the race just be canceled? Damned straight.” 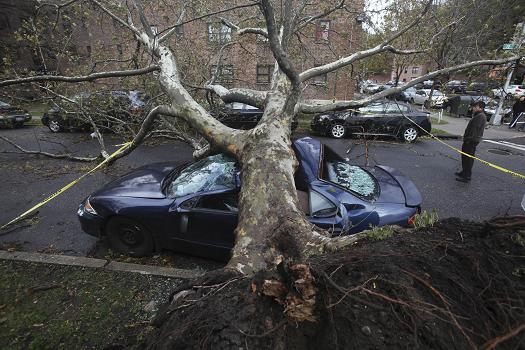 Finally, and most certainly under extreme pressure, Mayor Bloomberg gave in and canceled the event, but why did it take him so long to do so?

I’m a runner; I know New York’s is the biggest marathon in the world. I understand what it’s like to train for months and dedicate your life to running on marathon day. But to put holding a race above helping people who have lost their loved ones, their homes, their businesses? That’s just downright ludicrous.

The runners get it. They put together a charity called Race2Recover NYC and are donating their hotel rooms to New Yorkers in need. They’re also volunteering their time to recovery efforts.

“It would be greatly appreciated if everyone would remember that people have to jog this weekend so please don’t block any marathon routes while you wait for hours on a line for gas. Please be considerate and remove any debris that may have washed onto the road from your house. This includes wood with nails, boats or entire houses. There is no reason that joggers should have to navigate through your children’s toys and other personal belongings strewn along the streets. In regards to all the evacuated medical facilities because of power outages. Your hard work was not in vain because the huge generators set up for the marathon were all made possible by your sacrifices. No need to worry about our NYPD, EMS, FDNY, DOT and DOS. They were clearly not overworked at all this week and should be removed from other trivial tasks (ie: saving citizens, keeping order) so that the world can see people jog in New York. These services clearly are not needed anywhere else in the city. And lastly, please take time from your schedule to stand along the marathon route and hand out water, oranges and other nourishment to the joggers. Lord knows they need your support during their harrowing ordeal.”