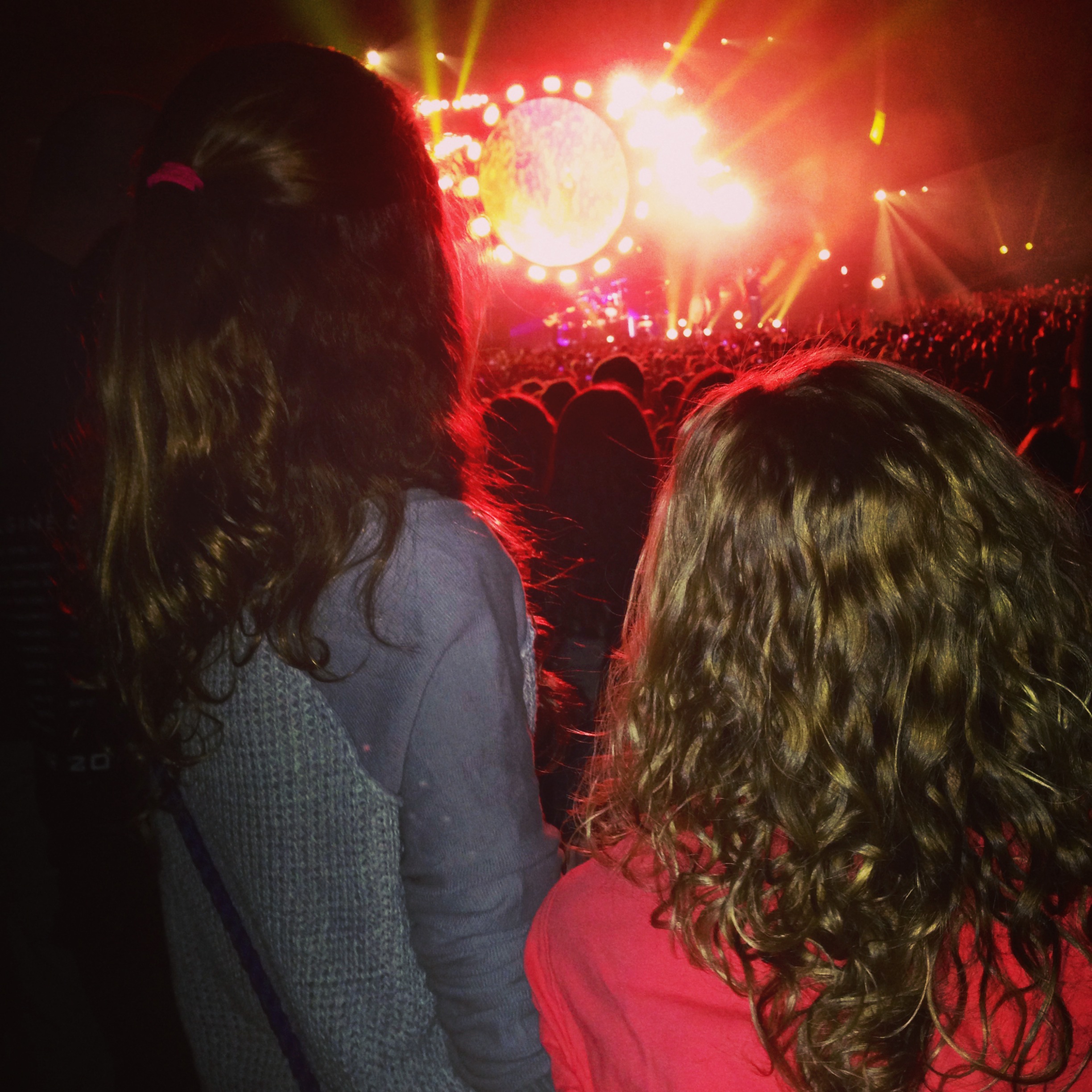 Last night, we took our almost 13-year-old daughter to her first concert: Imagine Dragons at Allstate Arena in Chicago (technically Rosemont, IL, but the bands playing there don’t say, “Hello, Rosemont”). My husband and some of our friends are musicians, so she has been to a handful of family-friendly bar gigs and outdoor concerts. But this was her first arena rock show performed by a Grammy-winning band in a packed venue that seats more than 18,000 people. It was a big deal to her and, as a mom who happens to be a total music freak, it was a big deal to me too.

You see, I am the fan who is online at exactly 10 a.m., password and credit card in hand, the day of concert ticket pre-sales. I am the fan who suffers through a tortuous opening act to save my spot near the stage. I am the fan who forgoes bathroom trips and sends my friend/boyfriend (disclaimer: before I was married)/husband on beer runs because I don’t want to miss a single moment of the show. I am the fan whose heart pounds when the band finally plays “that one song,” the one I know every word to, the one that moves me the most. And I am the fan who won’t leave until the house lights go on because I refuse to chance missing an encore.

I have been to hundreds of concerts in the past 30-odd years, some unforgettable (Neil Young and Crazy Horse), others barely memorable (Lollapalooza ’91). Last night’s rated up there on my list of favorites, and this surprised me a little. Am I a big Imagine Dragons fan? No. I only know the songs I have heard — and sung along to at full volume with my daughter — a million times on my car radio. Do I appreciate the arena rock experience? No. I prefer small, intimate venues. Would I have gone to see this band on my own? Probably not. But as I watched my daughter and her best friend from preschool singing along to the lyrics, taking selfies and giggling every time the little girl behind us screamed, I thought about my own early concerts. I remembered the relief of securing tickets, the anticipation as the date approached, the excitement when it finally arrived, and the elation when the band took the stage. I remembered those feelings because I still have them, even as a 46-year-old mom/chaperone.

Last night was not about who was playing on the stage. It was about experiencing live music — one of my lifelong passions — with my almost teenage daughter for the first time. Her journey as a music fan is just beginning, and I am so excited for her. I hope it takes her to as many cool and magical places as mine continues to take me and that she will let me tag along now and again, maybe even after she no longer needs a ride.

If this one sounds familiar, it originally ran March 30, 2012. I’ve edited and reposted it for this week’s Yeah Write Summer Challenge. 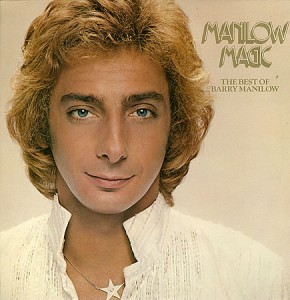 My first concert was Barry Manilow. It was 1978 and my college-age babysitter, Mary, took me to see him at Pine Knob Music Theatre in Clarkston, Michigan. I was 10 years old, apparently too young to know or care how uncool Barry is by most people’s standards. Even worse, I had a huge crush on him. I distinctly remember running down the hill on the lawn at Pine Knob singing, “I am stuck on Barry Manilow, but he ain’t stuck on me” (to the tune of the “I am stuck on Band-Aid” jingle, which I later learned Barry wrote).

While my love for Barry waned, at least slightly, my love for music never did. Through my sister, the disco queen, I became a huge Donna Summer fan. My brother, the rock-and-roller, balanced things out with some Hendrix and Zeppelin.

My brother is also responsible for my love of The Doors, which reached its height in my 20s. Apparently, it began much earlier, however. I’m told that my aunt and uncle took preschool-age me to church with them one Sunday and got a big surprise. When everyone stood up to sing a hymn, I burst into a resounding version of the chorus of “Light My Fire.”

Since I believe in full disclosure, I must also admit that I had a brief obsession with Shaun Cassidy, the Justin Bieber of the late 1970s. His poster was on my wall, and I played his eponymous first album relentlessly while singing along to his picture on the cover. I may cringe at the sound of a Bieber song today, but I can’t judge too harshly given my love for Shaun. Thankfully, my 10-year-old daughter has far more discerning taste in music. Her iPod is loaded with Adele, The Beatles and Death Cab for Cutie.

The musical accompaniment to my junior high and high school years was predominantly punk rock, new wave and alternative in nature, and my angst was only outweighed by the ridiculousness of my haircuts. I have a shoebox full of concert stubs from all those late nights in smoky clubs. Echo and the Bunnymen was one of my favorites. I showed my adoration by sporting the same hairdo as the lead singer. There was a lot of teasing and Aqua Net involved.

Fast forward to age 44: I’m married to a guy who loves music almost as much as I do, and we have two talented musicians for children. My husband plays bass, my daughter plays trumpet and piano, and my son, the musical phenom, plays guitar, alto saxophone, piano and ukulele.

My husband’s band, The Bishop, plays gigs regularly in and around our small town and in Chicago. Even though I’m a working mom who’s expected to behave maturely on a daily basis, I still get to indulge my groupie side one or twice a month.

It’s been a long journey from Barry to The Bishop. Thank you, Mr. Manilow, for lighting my fire (sorry, Mr. Morrison). 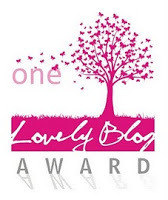 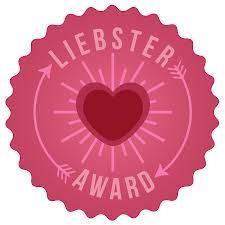