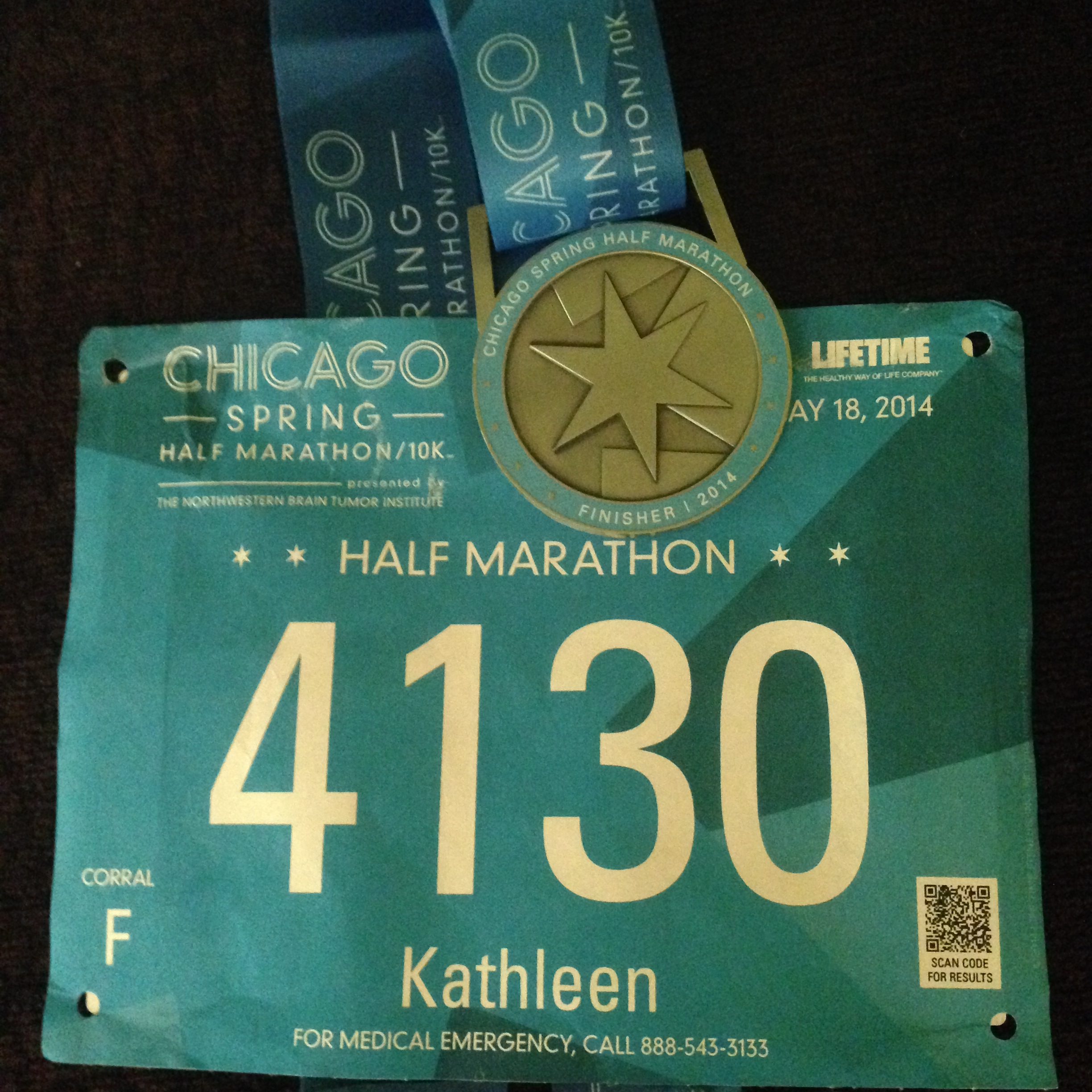 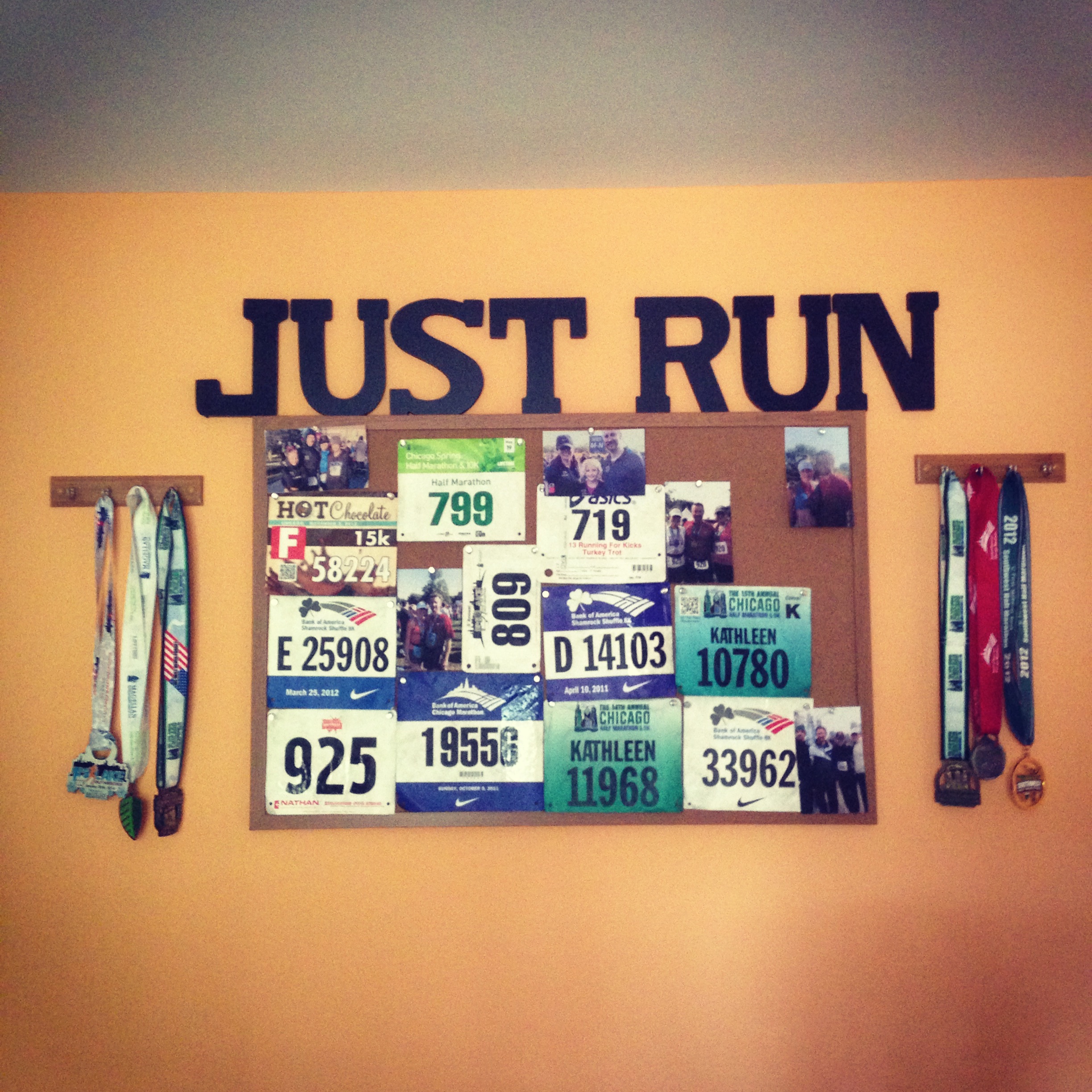 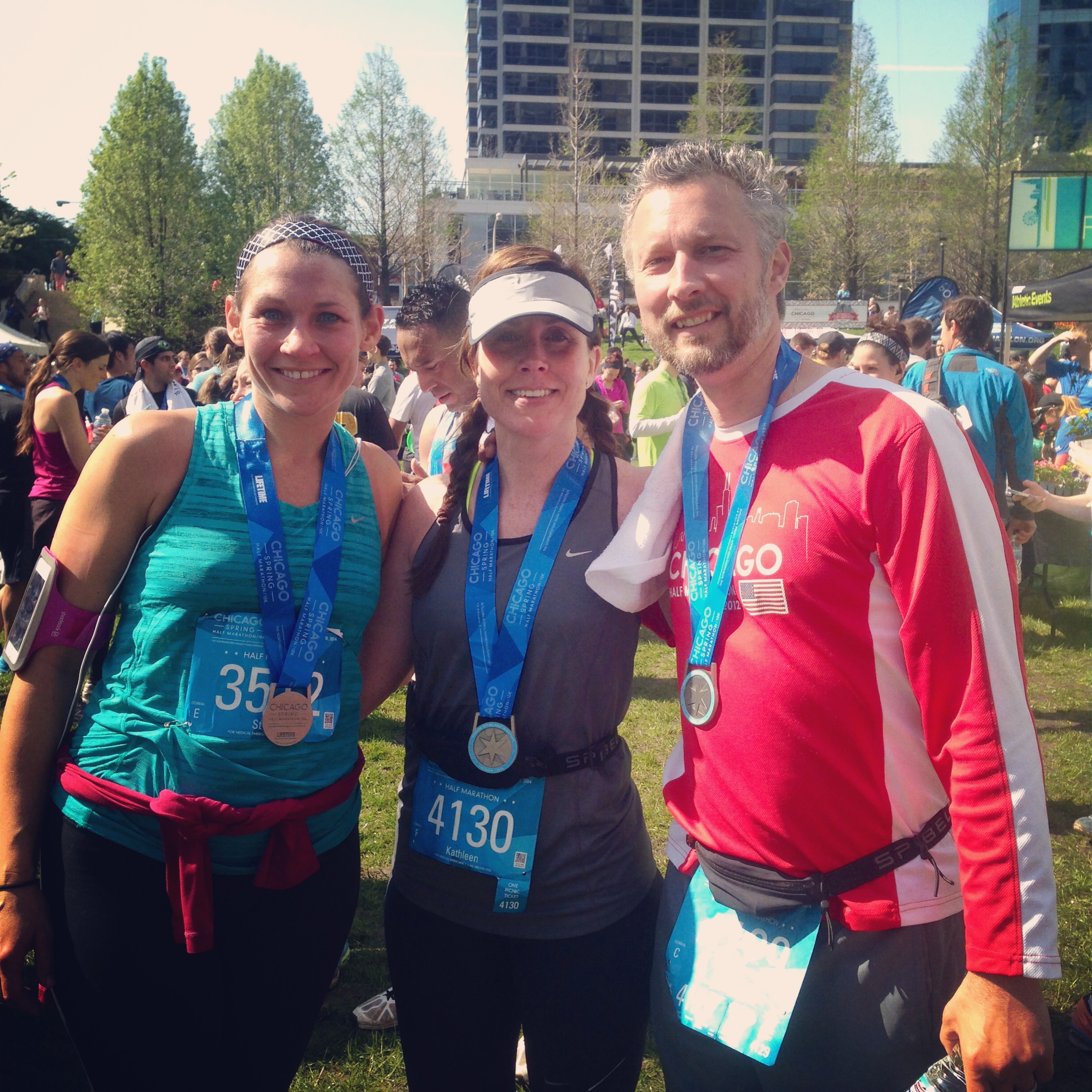 The song came on in a random iPhone shuffle seven miles into the race. My blistered foot and searing hamstring were slowing me down, and so was the humid May morning on the Chicago lakefront. I thought about stopping, just for a minute. Then the song started playing, and I knew I had to keep running.

You took my hand, you showed me how…You promised me you’d be around…

It was May 19, my dad’s birthday and also the day before the anniversary of his death. That Pink song had played constantly on the radio in 2006, the year he died. I could feel my dad with me as I looked at the Chicago skyline and the boats in the harbor. A U.S. Navy veteran, he had always loved the water. I did too. It reminded me of him. Tears streamed down my sweat-covered face, but I kept running.

If someone said three years from now, you’d be long gone…

I remembered sitting in my SUV in our driveway after he died, sobbing to those lyrics, not wanting to cry in front of my children but needing the release. It was a love song, but it was about loss and regret, both of which had been constant themes in my relationship with my father. After years of disconnection, we finally found our way back to each other emotionally after my kids were born. Being a parent helped me to forgive him, to love him again. And then he was gone.

When someone said count your blessings now, ’fore they’re long gone, I guess I just didn’t know how…I was all wrong…

My foot and leg ached, but I kept running. I had signed up for this half marathon as a way to keep myself on track after quitting smoking. By race day, I was 145 days smoke-free. My lungs were stronger. I had grown faster. My mantra during those grueling 12 weeks of training had been one of my father’s favorite sayings: “Mother always told me, just do the very best you can.” And on race day, when my foot and leg teamed up to stop me, his words kept me going.

Around Mile 10, the 2:10 pacer passed me and my heart sank. I had wanted so badly to finish at less than a 10-minute-mile pace, and I knew it wasn’t going to happen. I could still beat my 2010 time of 2:17, though. I adjusted my goal and my mind-set. I told myself I only had to run for 30 more minutes. After all those hours of training over the past 12 weeks, 30 minutes was nothing.

At Mile 12, I looked at my Garmin and realized just how much I had slowed down. I knew I had to find a way to pick up the pace. I forgot the pain, the humid air. I focused on my breathing, my stride. When I finally saw the finish line, I sprinted toward it. “Finish strong,” I heard someone in the crowd yell. And I did. My Garmin read 2:14 when I crossed the finish line.

I did it, Dad, I thought. I did the very best I could. I did it for you, to celebrate your life. But more important, I did it for me. I believed in myself, and I made it happen. 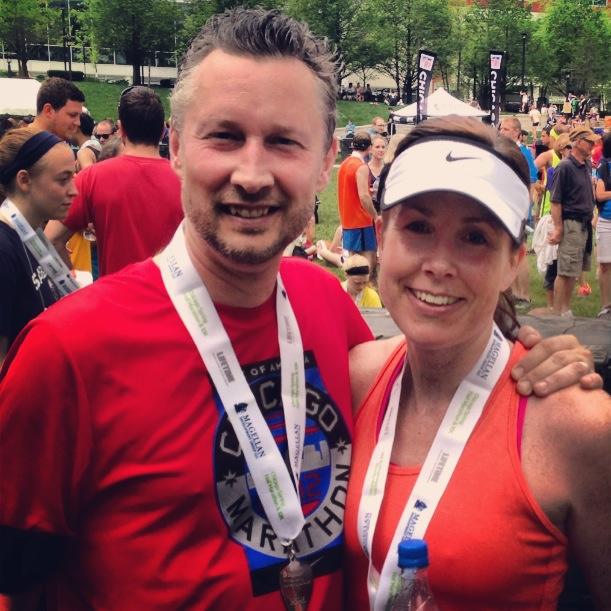 My husband and me at the finish line of the 2013 Chicago Spring Half Marathon. I couldn’t have done it without him, my running buddy and biggest supporter.