The other night at dinner, my husband used the term “status quo,” and our 12-year-old daughter asked what it means. I explained that it is the current state of things and that people who embrace the status quo do not like and are often afraid of change. She shrugged and probably forgot what I said immediately, being the fearless girl she is. But the definition of the word resonated with me because I realized I was describing myself.

I thought of our conversation the next day during my daughter’s parent-teacher conference. Her seventh-grade teachers told my husband and me that she is a pleasure to teach and a leader in class, and she works well in groups. Her grades are excellent, and she is well-liked. I know these things. I’ve heard them countless times from previous teachers, but it is a relief every time to know nothing has changed. While my daughter may be a typical sassy-borderline-surly preteen at home, she isn’t experiencing any learning issues or social problems at school. Another year has passed without consequence. We have maintained the status quo.

On the car ride home, I thought about my son’s conference the previous month. Like our daughter, he is an honor student and a leader in class. However, when he is bored or doesn’t like a class he can be, well, disruptive. He’s in ninth grade now, but I’ve known this about him, the boy who is quiet and well-behaved at home, since kindergarten. It’s not a major issue, the teachers say, just something he should work on. Even hearing the same negative comment is comforting because it means nothing has changed. The order of my family’s little universe remains intact.

And that is why I go to my kids’ conferences every year: I need the reassuring ritual of sitting around that table listening to their teachers tell me what I already know. It’s an in-person reminder of how lucky I am to have two healthy, intelligent, well-adjusted children, and I need it. Like everyone, I sometimes get caught up in the trivial details of regular life and take its gifts for granted, especially when things are going well. At times when we have the most, we often appreciate the least. We forget how quickly things can change. On this Thanksgiving eve, I am embracing the status quo, my current state of affairs, because I am blessed to have it. I wouldn’t change a thing.

Happy Thanksgiving, everyone! I am so thankful to each and every one of you for taking the time to read my words, comment and sometimes even share them. Wishing you a wonderful holiday weekend with the people in your life who matter the most. 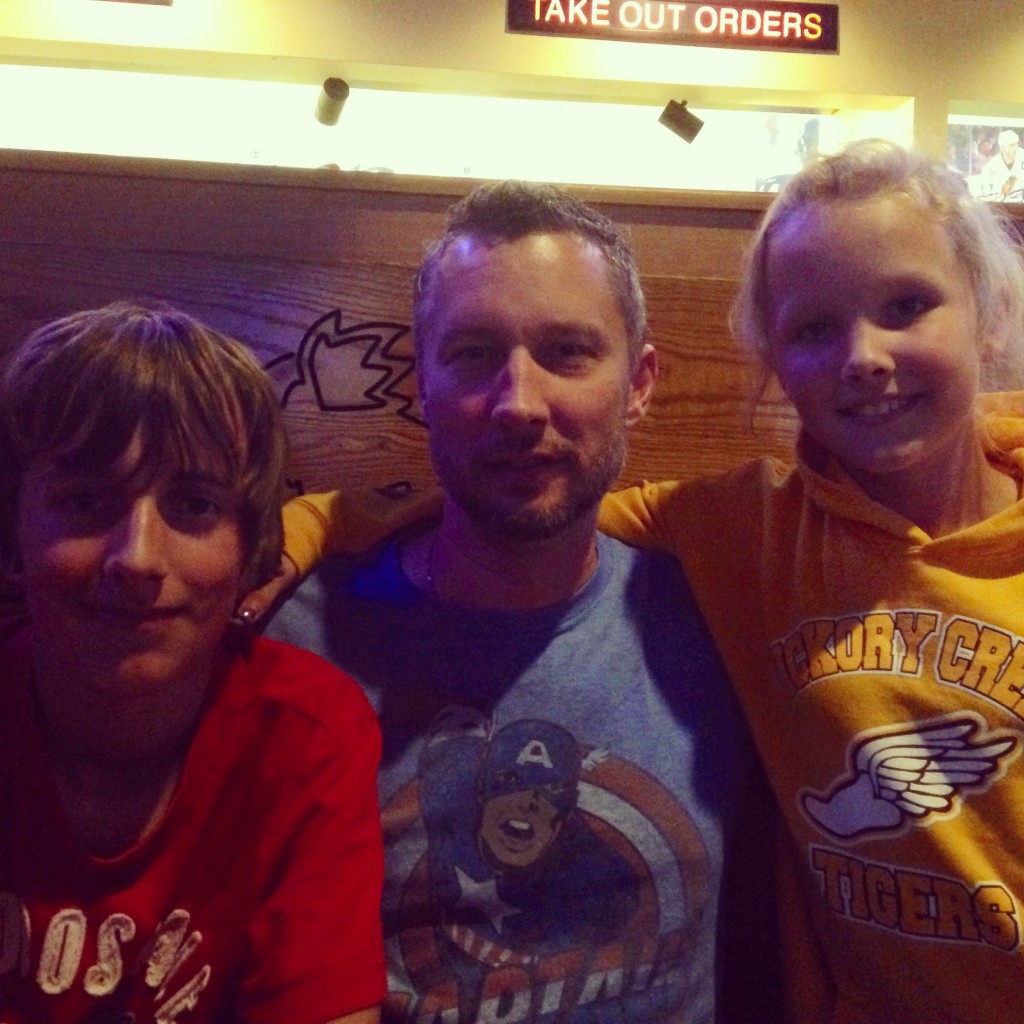 Just a regular, old night out at Buffalo Wild Wings with the kiddos. How come I sometimes forget how lucky I am to have this perfectly ordinary life? 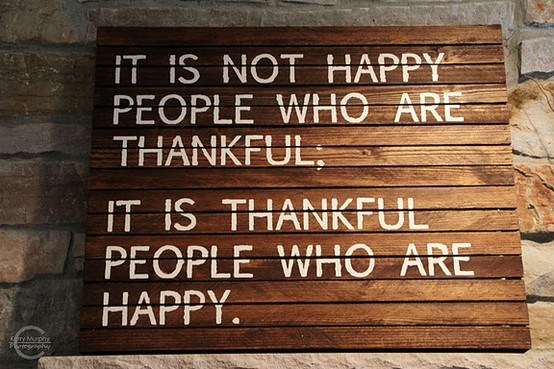 At about 7:30 p.m. on Tuesday, my husband called to tell me about a “planned power outage” in our subdivision the next day. Apparently, Commonwealth Edison would be doing some work related to a nearby highway expansion project, which had already caused our neighborhood months of aggravation. In addition to street closures, we now faced having our power shut off from as long as 9 a.m. to 3 p.m.

We were both perturbed about the short notice. How would we survive without Internet access for up to six hours? What would happen to all the food in our fridge and freezer? What would our kids do all day with no source of electronic entertainment? And what about Thanksgiving?

My biggest chore was to make a green bean casserole to take to my sister-in-law’s house, and that could certainly wait till Thursday morning. But what about the people in the neighborhood who were hosting dinner and hoping to get a head start on Wednesday? Most of the items on their to-do lists — baking, preparing side dishes, cleaning the house, washing and ironing linens — would require power, which they wouldn’t have for six hours. Annoying? Yes. But at least they would still be able to work their holiday magic once the power was restored in the well-equipped, fully functioning kitchens of their heated Midwestern homes.

What about the thousands of East Coasters who remain without power three weeks after Superstorm Sandy? How will they make Thanksgiving happen?

According to The Daily Beast, 18,095 people in Long Island are still powerless, as are 2,170 in New York City and 14,000 in New Jersey. To make matters worse, temperatures on the East Coast are expected to drop into the thirties tonight. Missing a day to prepare for Thanksgiving doesn’t matter much when you have no way to heat your home, let alone cook a turkey.

Thanks to countless individuals and organizations donating time, space and meals, lots of the Sandy victims without power will have warm dinners today. I’m sure that despite their three weeks of loss and suffering, they will give thanks for the family, friends and love that surround them — no matter where their dinner tables happen to be.

As it turned out, our planned power outage never happened. But sometimes a small inconvenience, or the potential for one, can really help you put things in perspective. Today I am thankful for a hot meal, a warm place to sleep and the love of my family. Although I may forget it sometimes, they are the only things I need.